Charlotte is one of the country’s most promising Event riders; by the age of 25 she had produced three different horses to CCI5* level, and been recognised by the UK World Class Programme as a rider to support.

At 18 she finished 5th in her first CCI4* at Blair Castle, at 20 completed her first Badminton, and at 21 finished 4th individually and won team gold at the Young Rider European Championships with Little Beau.  Having graduated from Edinburgh University in 2011 with a 2:1 in English Literature, Charlotte moved from her native Scotland to Gloucestershire, in order to have all the facilities, events and best possible training at her fingertips.

The move has paid off and Charlotte has been placed consistently on the International stage ever since.  Her Mother’s homebred Out of Africa took the limelight initially, recording a number of 4* accolades including 8th at Blenheim in 2011, before really proving himself to be world class finishing 5th and best of the British at Luhmuhlen CCI5* in 2012; the pair were selected as one of the reserves for the Senior Europeans later that year, and again in 2015.  They completed a total of four 5* events including Badminton (26th) and Burghley before ‘Zulu’ was retired in 2016. 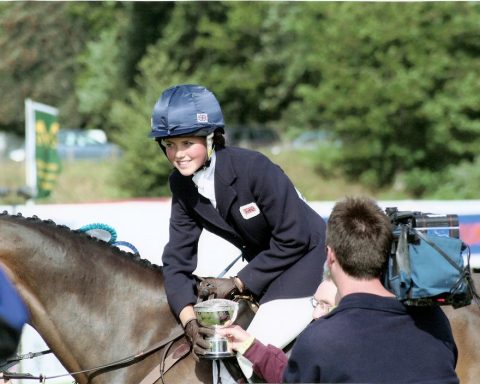 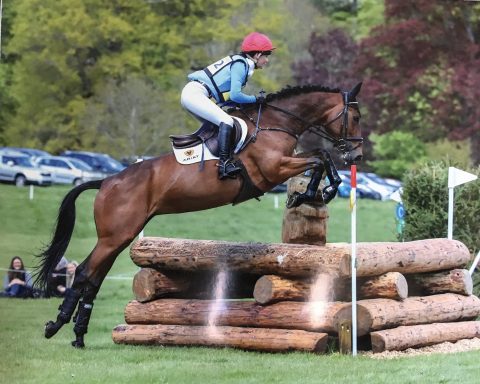 Charlotte recognised that in order to pursue the sport she loved as a career, the operation needed to run as a business.

As a result, since moving to England in 2010 Charlotte has made a model producing quality horses to sell; these include Pavonita (2nd Hartpury CCI2* and 11th Houghton CCI3*), Dumbleton (1st Brand Hall CIC2*) and Longwood (7th Blair Castle CCI4*).  The latter was a bittersweet parting as ‘Woody’ had been produced by Charlotte since a 4yr and had just qualified for 5*.  However, the sale enabled Charlotte to invest in some young horses and re-start the process.  It was along these lines that the SEIS scheme White Heather Eventing Ltd was dreamt up in 2013, and with the support of a fantastic team of investors some lovely young horses were bought.  The enterprise has been a success, and Charlotte now has three very exciting young horses who look like they have all the ability to go to the top.

Charlotte also has an expanding role in the media.  In 2010 she made her TV debut, co-presenting for the BBC at Blair Castle International Horse Trials, and on a journalistic note she has been a regular correspondent for Horse and Hound and Eventing magazines over the years.  As a sports model she has also been represented by W Athletic.

If you would like to feel the thrill of being part of the team, either as an owner or a sponsor, please don’t hesitate to get in touch!

“We enjoyed some really outstanding riding, even from the first timers who must of been slightly daunted at the size of their first Badminton course. My performance of the day? Charlotte Agnew – just 20 years old. Watch that girl.”

“Charlotte is an exceptionally talented rider.  Her strengths are her inherent understanding of so many different types of horses, her attention to detail, her horsemanship in managing horses’ day to day needs and her meticulous insight into how to produce young horses.  As a competitor she is positive and determined but never at the expense of the horse’s well-being.”