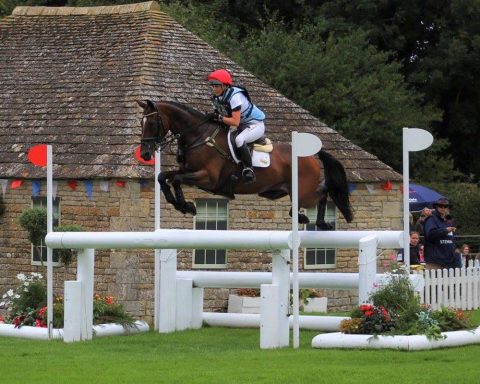 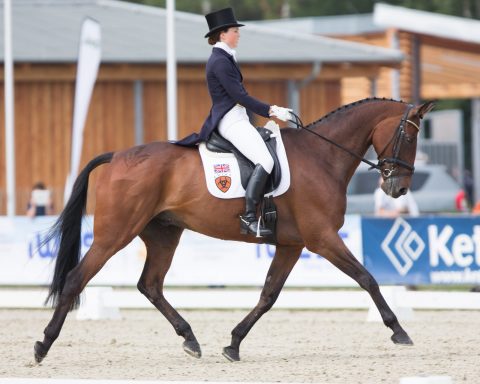 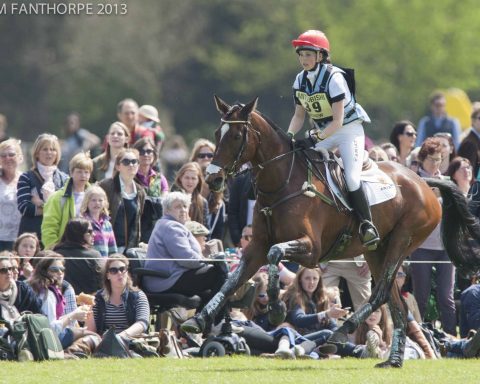 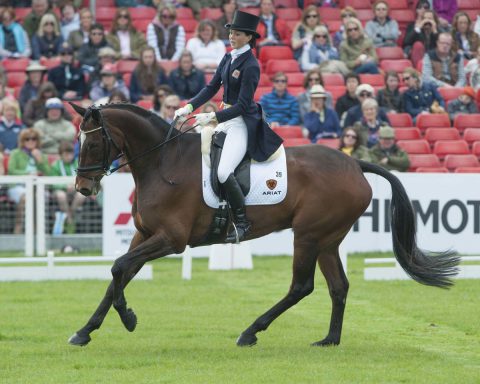 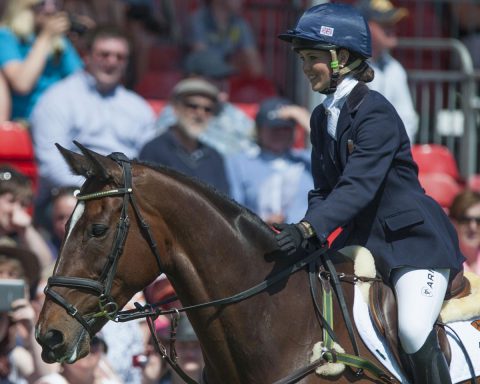 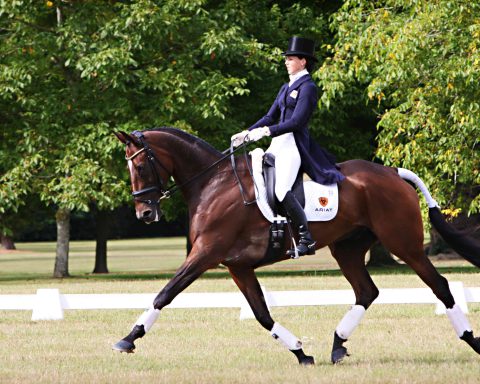 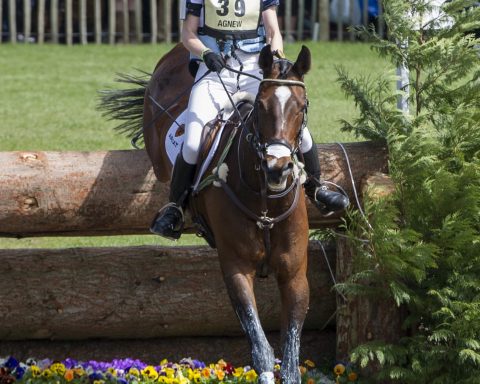 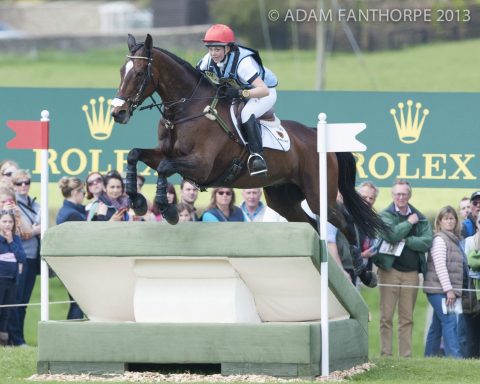 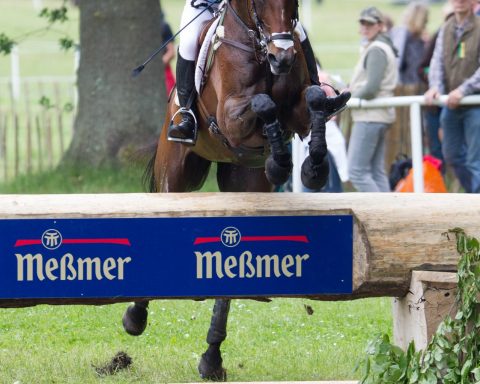 ‘Zulu,’ or ‘The King’ as he is also known, was bred at Hendersyde in Scotland by Livy Agnew, out of Charlotte’s father James’s hunter, by the well regarded thoroughbred stallion Welton Apollo.  He had a relaxed and easy time growing up, and although he was sensitive and could be quite precocious on the ground, he was always kind and lovely to ride.

He won his first Pre-Novice on Charlotte’s 18th birthday, and always seemed to find life easy.  He sailed through his early eventing years with great success, winning at Novice and Intermediate level and finishing 2nd in his first CCI3* (the U21 Championships) as just a 7yr old.

Show-jumping was his weaker phase; Charlotte believed he always wanted to be careful, but he wasn’t naturally built with explosive power.  Yogi Breisner was instrumental in helping to develop this after Charlotte moved south, and having had a fairly inconsistent record in his earlier days Zul went on to jump clear show-jumping rounds at Bramham, Hartpury and Blenheim CCI4*’s, as well as Luhmuhlen 5*.

Cross-country was always his forte, but this too didn’t come without some turbulence; always brave with an amazing galloping stride Zul ate up big courses, but Charlotte and he struggled initially with the technicality that came with Advanced level.  Zulu is a very clever horse who is alert to everything, and Charlotte felt that he would lose his attention when there were crowds around fences – which were usually the most challenging combinations!  However they worked through it successfully and he jumped clear around some of the biggest tracks in the world – including twice around Badminton.

Zulu was always an eye catching horse on the flat and could produce a beautiful Dressage test.  He had all the ability, and the attitude to be a top horse – and proved himself jumping double clear and finishing 5th at his first 5* in Luhmuhlen – but his body struggled to take the work, and his whole career was managed with extreme care and consideration for this.  It is thanks to the love and dedication of his proud breeder and owner Livy that he made it to the top, and stayed there for so long.

As a 5yr old Livy drove Zulu a 6hr round trip to the best remedial farrier in Scotland, in order to correct his foot balance; this stood him in good stead, and although his feet were never good he coped (thanks to great farriery from Gareth Hicks in Scotland and Charlie Sands in Oxfordshire), right until his last two years of competing, where he was kept able to work thanks to Andrew Poynton and his amazing ‘Imprint’ shoes.  Incredibly accident prone, Zul spent a lot of his younger years on the sidelines suffering with splints, and ultimately wasn’t selected for the Young Rider Europeans in 2009 having inflamed the same splint he fractured earlier in that year, at the final trial.  What he lacked in absolute athleticism he more than made up for in heart and courage, and despite the work taking a toll on his body he was always raring to go and up for the next challenge.  It took a great deal of thought and care to enable him to perform the way he did at the big events – particularly latterly – and huge thanks must go to ‘Zul’s team’ for this: Livy, Cara Bexton (groom), Andrew Poynton, Christine Hopley (physio) and Tim Davies (vet), who all maximised their expertise for this amazing horse.

Zul was retired in 2016, happy and sound, and is living out his days being treated like the King he is at Hendersyde!

“We were looking for an Event horse for our 15 year old daughter and were introduced to Charlotte; our daughter absolutely loved ‘Betty’ from day one and has continued to progress on her throughout the summer. Charlotte could not have been more professional and helpful and we would have no hesitation in recommending her.”