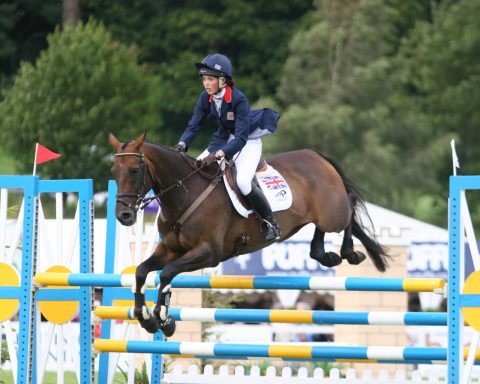 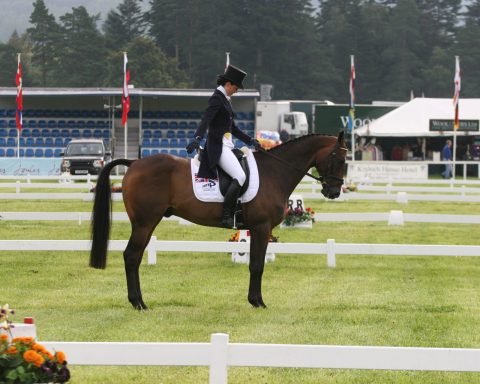 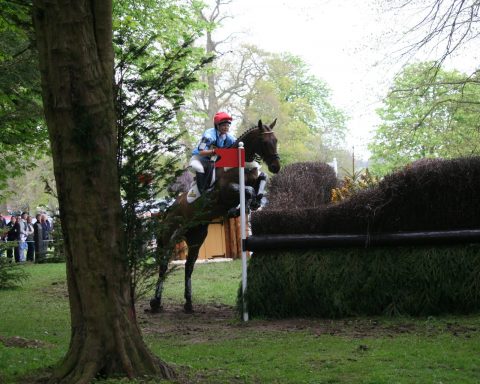 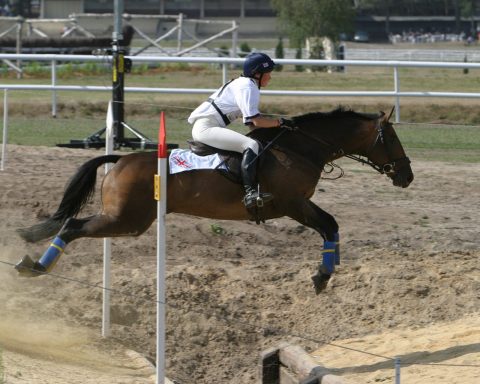 ‘Rooey’ as he was known, was Charlotte’s first horse, and together they went from Pre-Novice to Badminton, winning a gold medal at the Young Rider Europeans along the way!  He was a compact little thoroughbred who was incredibly fast and a very good jumper, but hated Dressage.  This wasn’t the end of the world in Junior and Young Rider days (although the selectors would disagree!!), as despite often being some way off the pace after the first phase, a speedy double clear would often leave them close to the top in the end.

After a successful time doing JRN’s in Scotland they went on to be 3rd in the U18 Championships, and were selected for the Junior Europeans the following year.  Still struggling to get Little Beau ‘on the bit,’ Charlotte was inspired watching the German girl who went on to win individual gold, and decided to re-route her Gap year travel plans to Holland, where she took Little Beau to the legendary Van Olst stables to work and train with Anne van Olst.  Not only did this give a real insight into a more professional way of working with horses, but the experience transformed Rooey from a scratchy trotting thoroughbred into a ‘wanna be’ Dressage star, and the pair came away with a lot more knowledge, great enthusiasm and a ‘big trot’ to rival the best!!

That year the pair finished 5th in the CCI4* at Blair Castle (when Charlotte was just 18), and the following year they were selected for the Young Rider Europeans – going on to win team gold and finish 4th individually.  This was made all the more special with it being at the favourite home event: Blair.

Having qualified for Badminton in 2008, coach and mentor Ian Stark encouraged them to take the opportunity, and they ventured south for a hugely momentous week.  At just 15.3hh Little Beau was about the same height as most of the fences (!) but his guts and love of cross-country propelled him around the infamous course.  They completed in the top third; a remarkable achievement for this very special horse, who was sold to us because ‘he wouldn’t go around Badminton!’

Tragically Little Beau had to be put down the following year after an accident in the field.  He was one in a million; a gorgeous, spritely character with springs in his feet, and a heart of gold.

“We were looking for an Event horse for our 15 year old daughter and were introduced to Charlotte; our daughter absolutely loved ‘Betty’ from day one and has continued to progress on her throughout the summer. Charlotte could not have been more professional and helpful and we would have no hesitation in recommending her.”